The “Big Brew” will take place on Saturday 25 February, from 10 am until 1 pm at St Stephen’s Church, Belle Vue Road, Cinderford.

This year we will be raising money for Traidcraft Exchanges Let it Grow Appeal, working to support some of the poorest people around the world. So please do come along and invite friends and family.

The 2017 “Big Brew” will also be looking at the Fairtrade Fortnight theme of “It’s Time to Put Fairtrade in Your Break” and so will have a variety of Fairtrade foods and drinks suitable for a ‘break’ available (some for free samples and some for sale alongside tasty lunch items). There will be Fairtrade tea, coffee, the BakeOff (see below for more details) which will mean we have a range of lovely homemade baked goodies (all baked with Fairtrade ingredients) to sell after judging at 11 am, light lunches, taste tasting of various Fairtrade products, Traidcraft’s new catalogue to browse, three Fairtrade stalls stocking a HUGE variety of products alongside craft activities and competitions AND plenty of displays about Fairtrade and the difference it makes in people’s lives!

It would be great to see you there! Please come along, drink some Fairtrade tea or coffee, eat yummy cakes, find out a bit more about Fairtrade and help raise money for Traidcraft Exchange and aid in giving people their chance to trade their way out of poverty.

There will also be the annual Fairtrade BakeOff and this year the three categories are: “12 of the Same,” “Let it Grow” and “Freestyle.” “12 of the Same” needs to be 12 baked goods that are as similar as possible (think Paul Hollywood and a ruler!);  “Let it Grow” is the campaign that we will be raising money for, focussing on providing assistance to smallholder farmers around the world, your cake could celebrate smallholder farms, include a Fairtrade ‘plant’ ingredient, or indeed be baked in a plant pot! “Freestyle” can literally be anything that your imagination can come up with (in baked form!) so pick up any of the ideas that Fairtrade Fortnight is focussing on this year (Fairtrade breaks) or find a new Fairtrade ingredient and base your cake around that or simply celebrate all things Fairtrade!

As the idea behind the BakeOff is to showcase the huge variety of Fairtrade ingredients that are available (many of which are available from the stall at St Stephen’s), judging will be based on how many Fairtrade ingredients are included alongside taste and overall creativity. Prizes will be awarded in all categories for both adults and children/young people. Judging will take place at 11.00 am so please have your entries to St Stephen’s in good time. After the judging the cakes will be sold and the money raised will be added to the total for the event and sent to the “Let it Grow” Appeal. 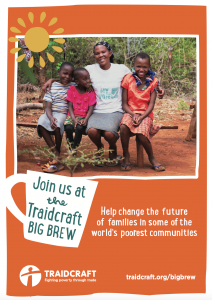 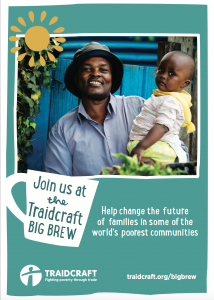